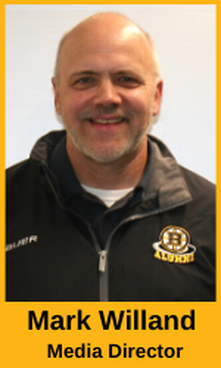 As the owner and founder of Blueline Marketing Group, Mark also works with numerous other hockey-related companies, including the Pro Hockey Alumni Association and Nifty16.com

Mark is also the host of the Pro Hockey Alumni Podcast, which is among the most popular hockey podcasts in the US and Canada.

Previously, Mark worked in front office roles with Hartford Whalers and Pittsburgh Penguins in the NHL and, most recently,  he was President and COO of the AHL CT Whale (Hartford Wolfpack), the AHL affiliate of the New York Rangers.
UA-177615306-1 Global Site Tag: