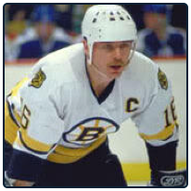 #16 Rick Middelton
Acquired form the New York Rangers in 1976, Rick "Nifty"Middleton became a great star in Boston, scoring a hat trick in his first game as a Bruin and nearly 900 points in a Bruins uniform over the next 12 years. Middleton had five straight seasons of at least 40 goals and 90 points and played in three NHL All Star Games and represented Canada in to Canada Cup Tournaments. 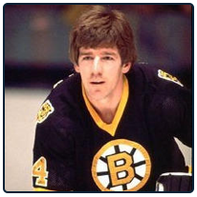 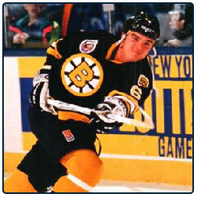 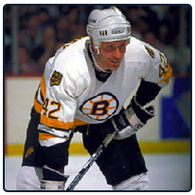